This research article was written by Máirín-Rua Ní Aodha, Chairperson for the International Veterinary Students’ Association’s (IVSA) Standing Committee for Animal Welfare in partnership with Vet Shows US.

“I first met mink when I was a little boy...I even petted one of the tamer mink!” 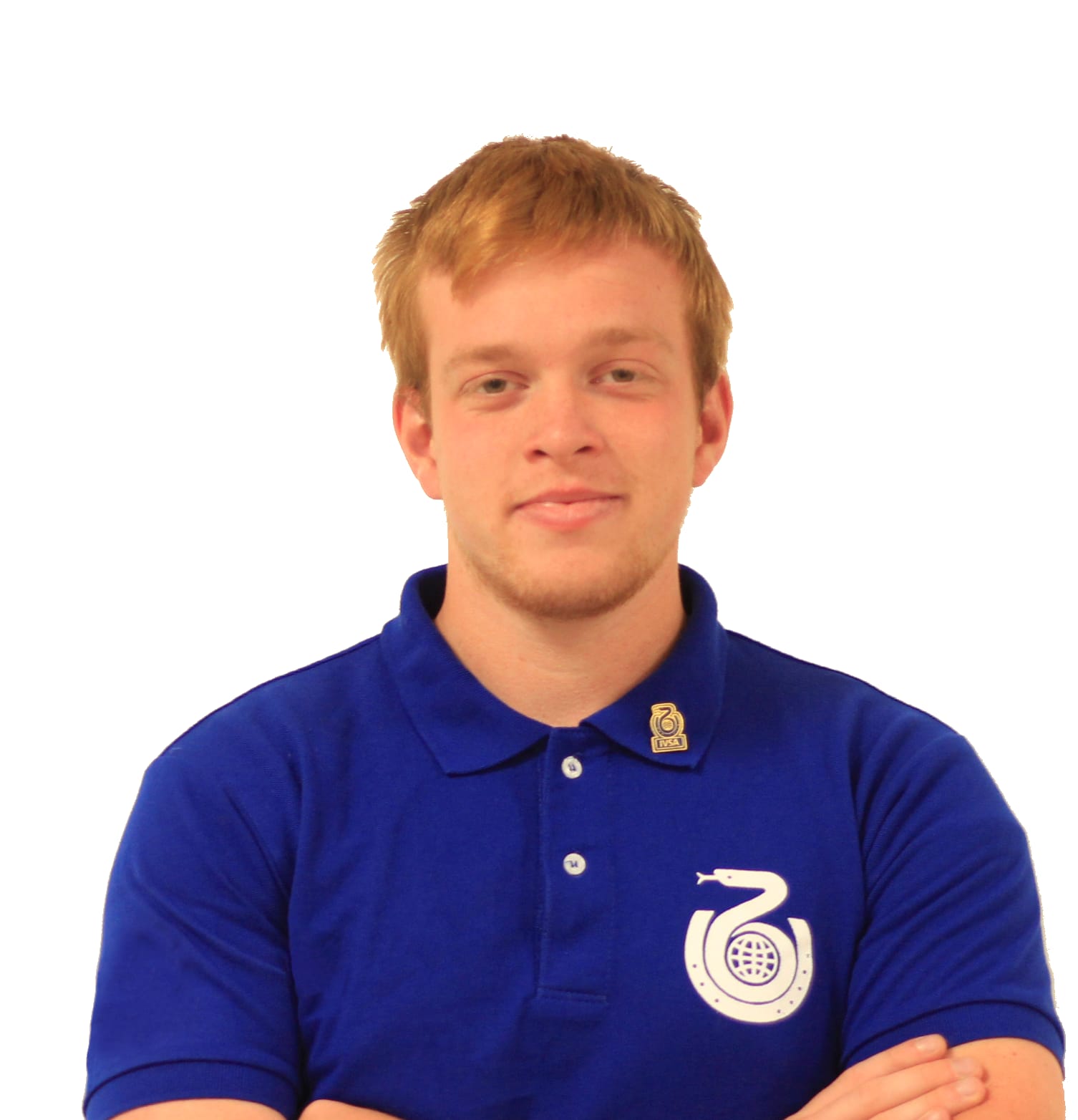 Daniel Lund is a veterinary student from Denmark and a Trustee for IVSA (International Veterinary Students’ Association). He has a long history with mink, which started with a family connection. “I met mink for the first time when I was a little boy. I visited the farm of my father’s first cousin on Sjaelland island.” Daniel fondly remembers it as a simpler time when children could be found running around the farm: “I even remember petting one of the tamer mink!”

Over time, Daniel’s views of the industry evolved from the romantic pictures painted in childhood. He began working in the kitchens at Kopenhagen Fur, the largest fur farmer’s cooperative in Denmark. “An older student in my university told me about the job. I was never involved in marketing or sales but it allowed me to build contacts with people in the company.” He soon realized he needed to use those contacts to educate his peers on the industry:

“My ideas on mink farming changed when I started vet school. I realized that vet students knew virtually nothing about mink farming. I helped to organize a professional event for the students of my university. We visited a mink farm, which was carefully selected to ensure that the farmer was willing to engage with students. I feel it was important to have a farmer who could explain the scientific reasoning behind production methods.”

“I saw a huge change in how mink farms were run after the outbreak of Mink Plasmacytosis in Denmark.”

Biosecurity is the issue of the hour, with Denmark reporting 214 human COVID-19 cases infected with SARS-CoV-2 related to mink (all carrying the mutation Y453F in the spike protein, referred to as mink-related variants). These cases are part of an ongoing spread via zoonotic and anthroponotic transmission.

In response to this, the Danish government organized a mass cull of the entire mink population (approx 17 million animals). They also undertook an intensified surveillance program for the human population in North Jutland, the most heavily affected area. Movement in and out of the area has been restricted, and the full genome sequence of the mink variant SARS-CoV-2 has been shared with the international scientific community. Daniel reveals that veterinary students were recruited to assist with the cull:

“Every day, 30-40 veterinary students would travel to farms to oversee the culling. They didn’t actively cull mink themselves, their role was to ensure protocols were being followed. There are approximately 1,000 veterinary students in Denmark, so I feel we were quite an important part of the team.”

Given the scale of the cull, there was no way Denmark's 1,100 mink farmers could do it alone. “In Denmark, we have army reserves, and these people were called to assist with the cull. They received training on how to euthanize mink.”  However, the mass cull was short-lived as it was soon revealed that culling animals beyond the infected areas was unlawful. Unsurprisingly, there was an outcry from mink producers and the Danish population generally, with the Minister for Agriculture, Mr. Mogens Jensen, resigning as a result.

Daniel, an employee of Denmark’s largest fur producer, has seen significant change in the industry over the years. “I saw a huge difference in how farms were run after the outbreak of Mink Plasmacytosis. Biosecurity became a priority and disinfection measures were really stepped up. You no longer saw children running around the farms. Visitors were restricted.”

The industry has had to adapt to these new measures; previously, personnel and equipment were shared between farms, but this is no longer advised. “Mink farm workers can no longer work on a freelance basis. The risk of disease carriage between farms is too great.” This presents a challenge for farmers during high-intensity periods such as breeding, kitting, and pelting: “During quieter periods, farms are usually managed by a very small team, traditionally a family. The new biosecurity restriction means that farmers have to employ personnel on a longer-term basis as they can no longer work on multiple farms during pelting etc.”

Equipment availability is another issue: “It’s not economically possible for every farm to have their own pelting equipment. Therefore, most farmers rent the equipment or have machines available to them through a cooperative. This equipment was a major source of infection between farms during the Mink Plasmacytosis outbreak.”

Veterinarians also play an essential role in improving biosecurity and welfare conditions on mink farms. According to Daniel, “Vets working with mink are received well in Denmark. I think most other vets understand that the work they do is important to protect animal and public health.” Interestingly, Daniel has observed a division in opinion among veterinarians about the industry itself: “I would say that most of the more mature veterinarians, those who graduated in the 80s and 90s, don’t take issue with mink production. However, among the younger generation, there has been a cultural shift, with the majority of young veterinarians questioning the ethics of the [fur] industry. To put it simply, younger vets wouldn’t buy fur, so they don’t see the purpose of fur farms.”

The feeding of mink is also a possible threat to biosecurity. Mink are obligate carnivores, typically being fed a blended paste of fish and meat offcuts, including offal. However, Denmark has a proactive approach to antibiotic stewardship and management of animal feed:

“Feed is delivered several times per week by a specially designed truck. These trucks never enter the areas housing mink, the feed is stored on a separate part of the property. This is important as the Danish public is well aware of the dangers of antimicrobial resistance. Our national broadcaster created some interesting short documentaries on this topic, which were widely viewed.”

“The welfare of fur animals has always been a challenging concept for the public to grasp. Without the context and knowledge of the animal’s specific welfare needs, it’s very difficult to understand what should be considered humane treatment for mink.”

Denmark is the world’s largest producer of mink skins. Danish mink pelts are also the most expensive on the global market, with an annual value of approx 1.1 billion euro. Daniel reveals that this has not gone unnoticed by the public, who have questioned the ethics and sustainability of the industry. “The welfare of fur animals has always been a challenging concept for the public to grasp. Without the context and knowledge of the animal’s specific welfare needs, it’s very difficult to understand what should be considered humane treatment for mink. Due to this, many people are unaware that the Danish mink industry has already taken many measures to improve mink welfare.” Daniel outlines what he sees as the two-prong approach to welfare management: “Danish mink farmers have been selectively breeding for docility for many generations. In this way, we ensure animals are better adjusted to a life of captivity.”

(Image: The welfare of farmed fur animals remains a topic of much international discussion. Poland recently introduced a bill banning fur farming on a national level to parliament. Denmark has been under pressure for many years to implement a similar ban.)

A welfare assurance program, WelFur, was launched in 2009 by the EU, which set to standardize and significantly improve welfare conditions for farmed mink. This program offers certification to farms, provided they are able to meet a minimum standard across a range of criteria.

The four basic parameters of WelFur are;

To achieve certification, these four principles have been broken down into 22 animal and input based criteria. The animal-based criteria are as follows: body condition score, skin lesions or other observed injuries or lesions to the body, mortality, lameness and impaired movement, diarrhea, and sticky kits, obviously sick animals, stereotypical behaviors, fur chewing, and temperament test (stick test).

Immediately we can see that there are some problems with these criteria. Let’s take the Obviously Sick Animal criteria as an example. According to the Welfur Protocol, this category is intended for mink showing any symptoms of disease which don’t fall under the Diarrhea or Lameness & Impaired Movement category. This method of measuring disease is extremely non-specific and doesn’t offer any insight into the nature of the disease or ill health. The grading of severity for this section is also far too rudimentary and doesn’t give any indication of the significance of symptoms in the affected mink. The protocol calls for a simple 0, 1 grading system; 0 meaning animals without obvious symptoms of poor health or disease and 1 being symptomatic animals.

Upon further examination, we also find issues with the observation of stereotypical behaviors. According to the protocol, the observer should allow time for the animals to habituate to their presence before starting the period of observation. However, the same protocol advises a period of several seconds to be sufficient, with one minute being marked as the maximum habituation period which should be implemented. The observation period itself only lasts for two minutes, which means that the maximum time allocated per cage, not even per animal, is three minutes.

Challenges remain even with the WelFur program in place. The subjective nature of behavioral observation means that the scoring of farms and subsequent certification can never be truly objective. Research has shown that faecal cortisol metabolites offer significant insight into the stress profile and welfare of mink. This may be useful as a more objective measure in combination with behavioral indicators.

Another challenge the program encounters is the low percentage of animal-based criteria (41%), that are used for assessment. While this is still deemed acceptable under Welfare Quality assessment criteria, it raises questions on the reliability of limited, short behavioral observation periods.

Fur in the Future

“The outlook for [Danish] mink farmers is bleak. Most view it as a dying industry.”

Fur Europe’s objective is to certify all 3,500 mink and fox farms in Europe under the WelFur scheme. Farmers will have to undergo three visits during the different production periods conducted by the independent third party assessors to obtain the certificate.

As of 2018, 6,680 assessments (64%) had been undertaken. Mandatory assessments once a year are also required in order to keep the certificate valid. As of December 2018, the two European auction houses, Kopenhagen Fur and SAGA Furs were able to sell the first WelFur certified mink and fox skins. Farms that are not WelFur certified by 2020 will be unable to sell their skins through the international fur auction houses until a WelFur certificate has been achieved. This effectively put non-certified fur farms out of business. As Daniel puts it:

“Danish farmers wish to distinguish the pelts they produce from lower quality products from other countries. Even with labeling and certification systems in place, the profits of Kopenhagen Fur have dropped in recent years. This is partially due to Chinese companies buying up huge numbers of pelts and storing them in warehouses in China. This enormous supply has caused the price of mink pelts to drop and the Danish producers have struggled to survive.”

Daniel shares the now widely held view that the Danish fur industry will fail to survive the cull measures in an already uncertain time. “The global popularity of mink fur has been decreasing for a long time. The outlook for most farmers is bleak. Most now view it as a dying industry. I see it as an industry that died before its time.”